Faith Evangelical Free Church had its beginnings in a tent on Park Avenue in South Minneapolis in the mid 1920s, with Christopher Severin Osterhus serving as the pastor.

Christopher was born in Iowa in 1872 as the ninth child of twelve to Norwegian parents. He married Rebecca Rorem in 1895, and began raising a family and serving the Lord as a pastor evangelist. In 1901, he developed a severe case of tuberculosis and wasn’t expected to survive.

Christopher asked the Lord for a double portion of Hezekiah’s blessing. Hezekiah was a good King of Israel who developed a severe illness and had been told he would die. Hezekiah prayed, and God added fifteen years to his life. (2 Kings 20:1-7) Christopher recovered from the tuberculosis and lived another thirty years, passing away in October, 1931, at the still young age of 59.

In 1928, the church moved to Fremont and Broadway in North Minneapolis, where it was known as Prayer Tabernacle. After Christopher’s passing in 1931, his son, Cyrus, succeeded him as pastor. 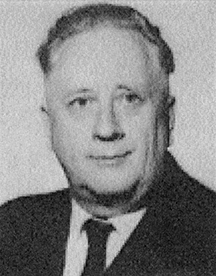 Cyrus Osterhus, in addition to pastoring Prayer Tabernacle, was also very active with the Christian Business Men’s Committee, also known as the Gideons, as well as being involved in evangelistic meetings across the upper Midwest, often taking his many siblings and children along to be part of the music. Cyrus also continued leading the Osterhus Publishing Company and Osterhus Publishing House, the tract ministry that spread the gospel through Christian literature around the world. Cyrus pastored the church from 1931 to 1961, and passed away in November of 1967.

In 1961, Prayer Tabernacle relocated from Broadway and Fremont in North Minneapolis to the old Congregational Church building on the northwest corner of 42nd Avenue North and Highway 81 in Robbinsdale. It was during this time that the name of the church was changed to Faith Community Church, and later, Faith Evangelical Free Church. 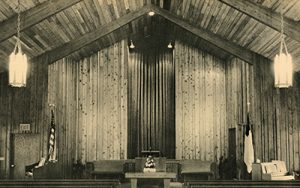 Faith Evangelical Free Church of Robbinsdale upon its dedication, circa 1966

Faith continued to function in the old Congregational Church building until its relocation to the northwest corner of Lake Drive and Halifax Avenue North in Robbinsdale in early 1966 where it continues its ministry today.

Faith Free has been a missionary sending church for decades. As of 2021, we are supporting nine missionary couples and two individuals. Faith also supports the Evangelical Free Church of America, the North Central District of the EFCA, and Camp Shamineau, a Christian youth camp on Lake Shamineau near Motley, Minnesota.

God has blessed our church for more than ninety years since its beginnings. With more than fifty years at our current location, we give all glory to God for all that He has done for us through these decades of ministry.